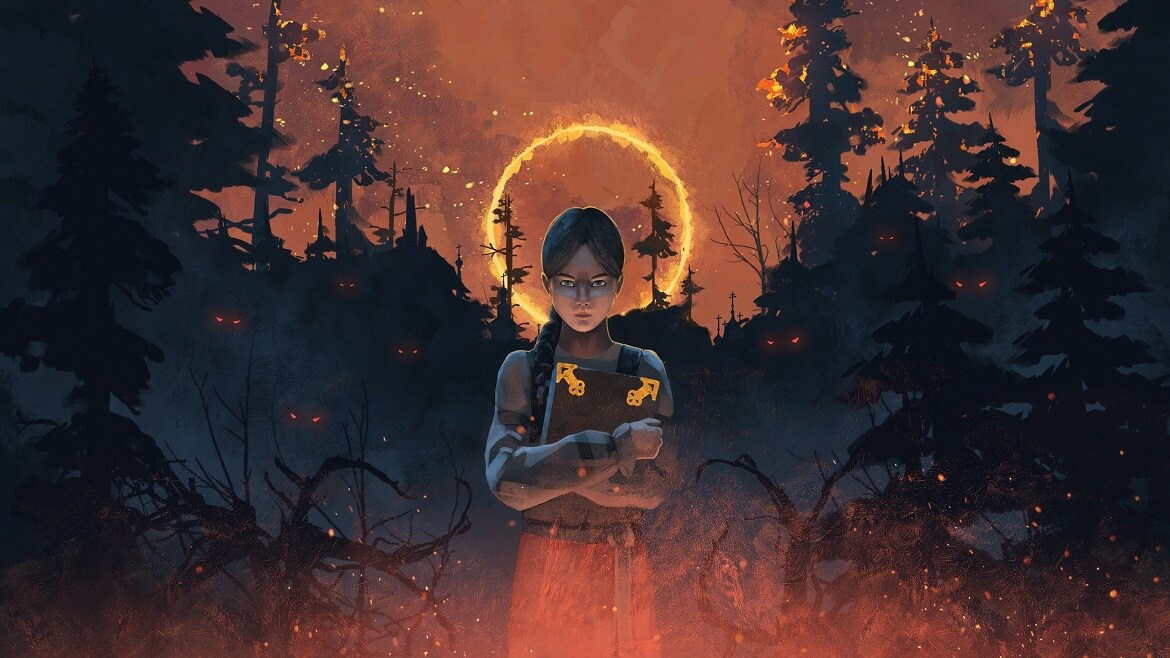 Black book Is an exciting project that successfully combines role-playing adventure, card strategy and a difficult, but at the same time, interesting quest. You will play the role of the main character - a simple girl named Vasilisa, with whom you will set off along the paths of the storyline. The story will tell about the main character as an ordinary girl with a rather strange fate. As soon as she crossed the threshold of childhood, she immediately learns that she is destined to become a witch. But there are also negative aspects of such a fate, because it must give up love feelings and personal life. A little later, Vasilisa realizes that she does not intend to succumb to such rules and wants, no matter what it happens, to restore justice. To achieve her goal, she is forced to go on a dangerous journey around the world, all for the sake of a certain Black Book. The pages of this book contain all the necessary spells that will help her remove all forbidden seals from herself and save her beloved. On the way, a lot of obstacles and dangers await, traps and insidious opponents who will do everything possible so that you do not find what you want. Show your skills in battle, and do not forget to improve them, because your opponent is getting stronger.