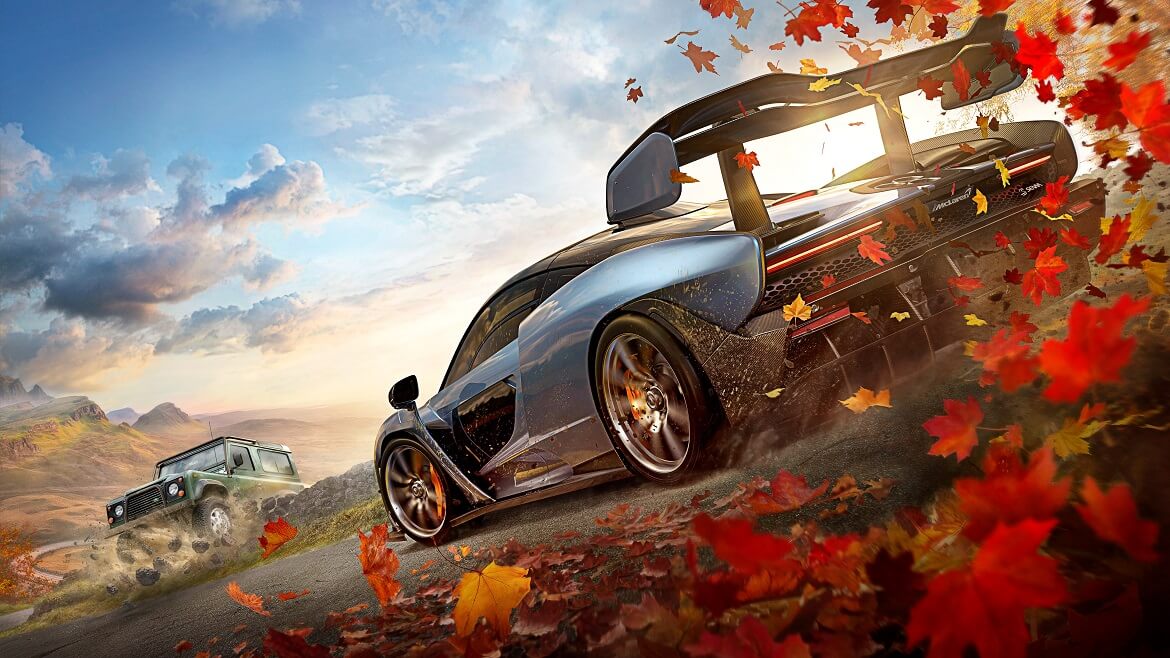 The Forza Horizon 4: Ultimate Edition game belongs to a series of arcade simulators for controlling a car in which the main orientation takes place at a competitive moment between players constantly replenishing their fleet, as well as enjoying the incredible graphics and realism of the virtual world around them. With each new series of games, developers are increasingly improving the modes, supplementing, modifying and improving it. To enjoy all the charms of the fourth version, a quality repack is worth download Forza Horizon 4: Ultimate Edition torrent the identity of our site.

In this version, you will definitely find a highlight for yourself that will be remembered for a long time and will make Forza Horizon 4 one of your favorite car arcade simulators. What exactly were prepared by computer developers for users, let's try to figure out:

You can install the licensed version or use our repack, which is in no way inferior to it, and download Forza Horizon 4: Ultimate Edition torrent it is possible from our portal that it will take less than a minute, but any user will be satisfied. Adventures full of emotions and extreme impressions will make the leisure of any player enjoyable and unforgettable.

The game looks like a wide and realistic world with a 360 ° view. This is a new high level of graphic design of such a simulator. The quantity and quality of cars for racing is impressive, they are designed in such detail that they create real physical sensations of driving a car.

For the sake of such adrenaline download Forza Horizon 4: Ultimate Edition torrent from https://torrent4you.org/.

Attention! The game only works on Windows 10 (x64) build 1903 and 1909. Developer mode must be enabled.
Disable applications such as MSI Afterburner and RivaTuner - the game is not friendly with them (crashes at startup).
Windows Defender blocks “AutoUWP Launcher” when the game is activated (disable it or add the installation folder to the exclusion list). If at startup you see a message about an “FH4_AutoUWP.exe” file not found - look for it in the antivirus quarantine.
For ease of enabling / disabling Windows Defender, a program has been added to the game directory / Redist / win-updates-disabler-portable.
Just in case, a shortcut has been added to the desktop for additional activation of “Install Forza Horizon 4” (if the game freezes or crashes).
Starting the game from a shortcut on the desktop or from the Windows start menu.