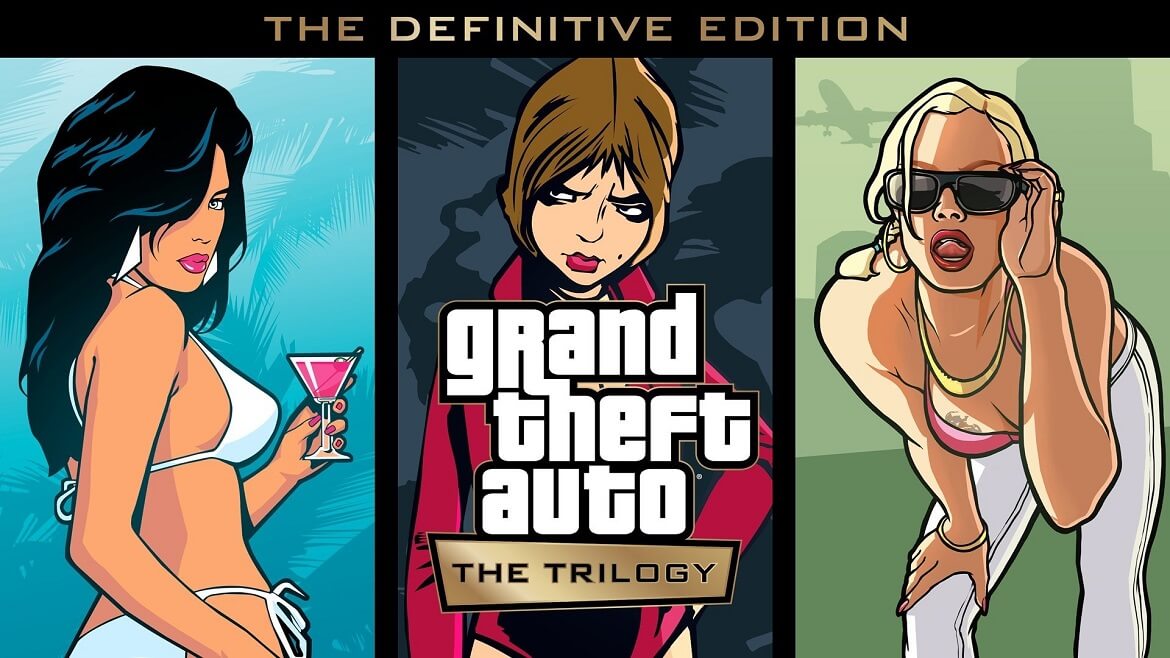 Liberty City gives you complete freedom of action, go in search of trouble in any direction. GTA III is a complete immersion in the world of crime and life of crime, free your demons and let your imagination run wild. It is worth noting that we advise you to break the law only within the framework of the game, and not in reality. GTA 3 remaster boasts various kinds of improvements. Check out the visual style and other innovations.

Vice City attracts attention with an entertaining story. Relive all the events together with the main character and try not to be blinded by the colorful neon lights and the wealth of this city. Now GTA Vice City with updated graphics and new impressions.

GTAshku can be passed endlessly, finding new facets. San Andreas takes you to the early 90s. hot times! Together with the hero of the story Karl, you have to restore justice and take control of the streets. GTA San Andreas is one of the most popular parts of the series.

Grand Theft Auto III.
It all starts in Liberty City. Go wherever you want and do what you want. The ruthless criminal world will be yours if you have the courage to conquer it.

Grand Theft Auto: Vice City.
Welcome to the 1980s ... Live the story of Tommy Vercetti, full of betrayal, retaliation and the neon lights of tropical Vice City. All the riches of this city will become yours - you just need to lend a hand.

Grand Theft Auto: San Andreas.
Outside the window - early 1990s. After a couple of cops pin a murder on him, which he did not commit, Carl "C.J." Johnson must go on a journey to keep loved ones safe and take control of the streets of San Andreas.

Features of the game:
The classic trilogy is now even easier to play with gameplay updates that include:
- The layout of the controls in the style of GTA V
- Improved gunfights and aiming systems, as well as improved controls in gunfights with other vehicles in GTA: San Andreas
- Improved selectors of weapons and radio stations
- Updated minimaps with improved navigation allowing players to create their own routes
- Ability to instantly restart failed missions
- New Achievements for Rockstar Games Social Club Members
Various visual enhancements have been added to each of the three games in the series, which include:
- Higher resolution textures for characters, weapons, vehicles, roads and many other elements of the surrounding world
- Completely redesigned lighting system with increased contrast, reflections and more
- More realistic weather and water conditions
- More realistic trees and vegetation
- Increased drawing range, with deeper and clearer images
Additional platform-only enhancements include:
- Supports 4K resolution at 60 frames per second on PlayStation 5 and Xbox Series X | S
- Support for NVIDIA DLSS on PC
- Camera zoom, panoramic view and menu selection via touchscreen, and gyroscope aiming on Nintendo Switch