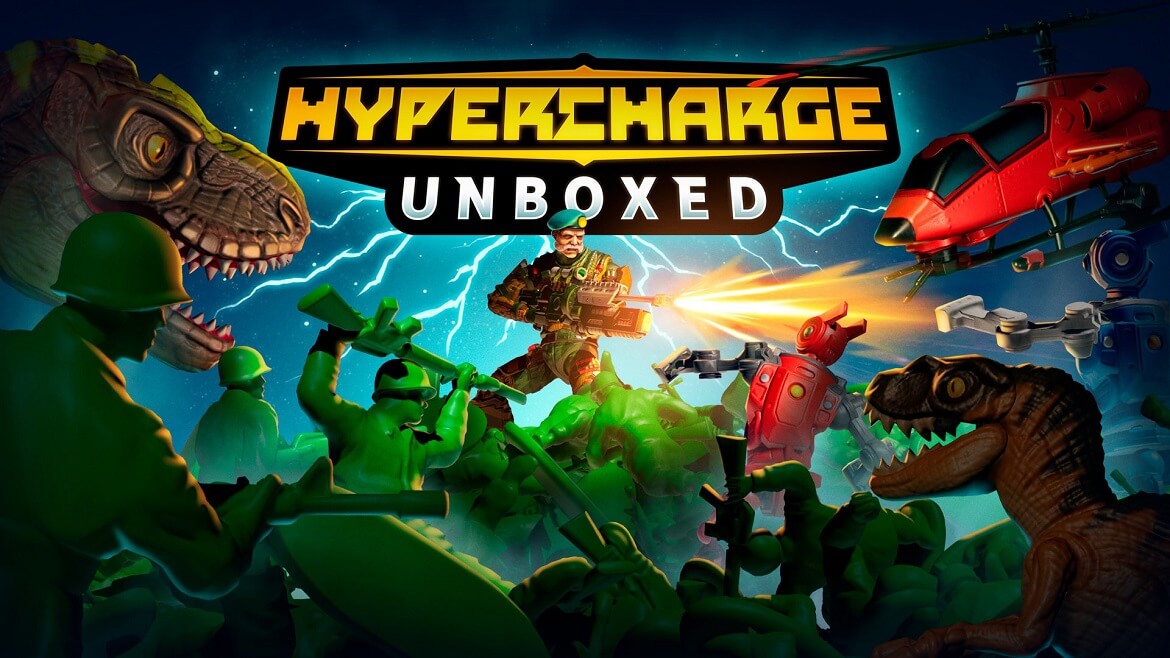 HYPERCHARGE Unboxed - a game project developed in a mixture of action and shooter genres, where all the action takes place from a first-person perspective. Take on the role of a brave plastic hero and set off to destroy the main obstacle on the way to save the homelands of Hyperyard. There are a lot of tasks awaiting you, so prepare properly. There is a team of faithful companions who will help get rid of the supporters of evil once and for all. The future of a whole toy nation now falls into your hands, which means that you bear the maximum responsibility without the right to make mistakes. There is both a local and a network mode of passage, which will allow you to have a great time with friends, having assembled a team of up to three people. The PvP mode will allow you to fight with other plastic, no less powerful characters who also want to win the desired victory. You must do everything possible to be in the top lines of the rating table, thereby eliminating the largest number of opponents. The main character lends itself to all-round modification and not only in appearance, but also in the acquisition of new skills that give him even greater strength.