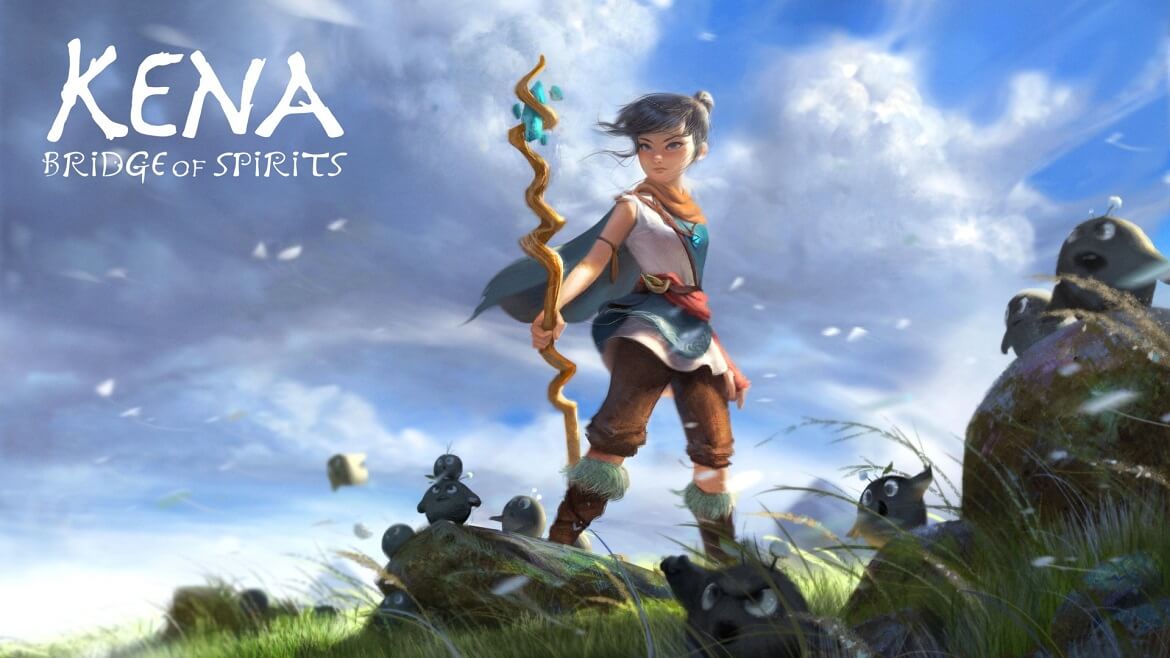 Kena: Bridge of Spirits story action adventure with exploration elements and dynamic battles. Playing as Ken, you have to assemble a team of charming spiritual companions - Rot, strengthening their abilities and influencing everything around in new ways.

Kena, a young spiritual leader, goes to a godforsaken village in search of a sacred mountain altar. She tries to find out the secrets of the lost settlement, hidden in the thickets, where the wandering spirits are imprisoned.

Fearful and elusive spirits scattered throughout the forest. They maintain balance by helping carrion and decay to decompose.

Dynamic battles: something happened to the spirits of the forest. They are trapped and unable to move, making it difficult for Ken to take her every step.