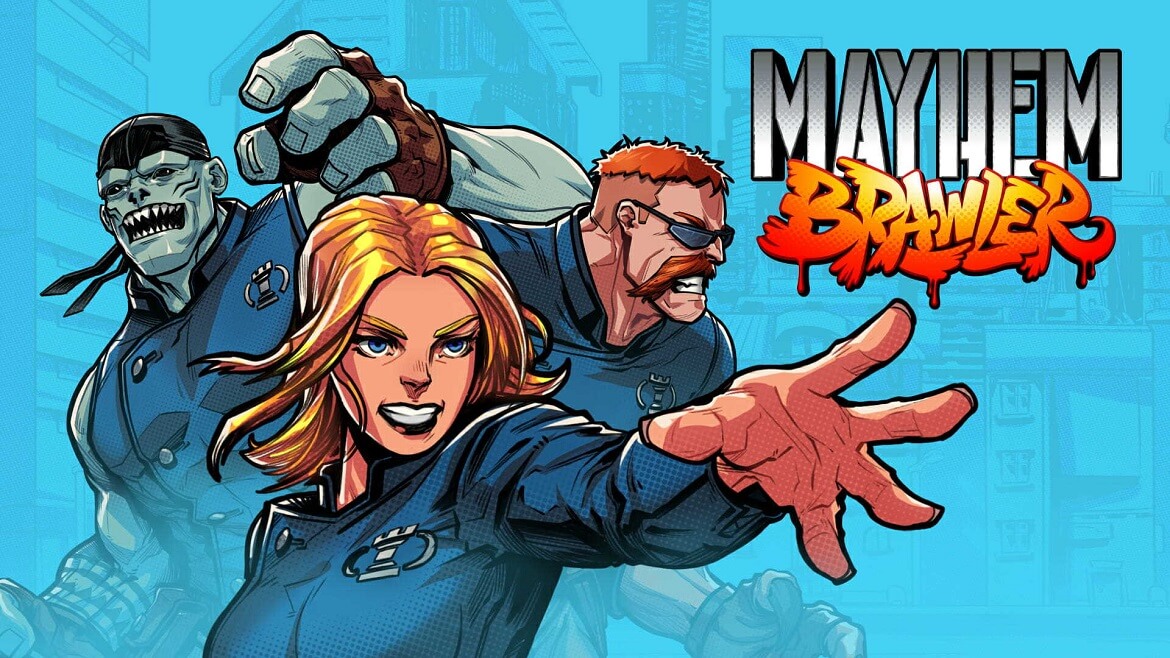 SERVE AND PROTECT
Dolphin, Star and Trouble are the most famous officers of the Stronghold law enforcement agency, where they serve as superpowers. Having gone to the usual challenge, they find themselves in a maelstrom of events that will change the fate of the entire city.

EXCESSIVE FORCE
Let's be clear on one thing: if you suddenly thought that life as a superpowered officer was simple, you are as far from the truth as possible. In urban fantasy Mayhem Brawler, you are threatened by more serious threats than street gangs. With the help of an arsenal of combos and special abilities, you and your partners will ruin the lives of super-strong criminals, defend against the rage of werewolves, the curses of street wizards and confront a mega-corporation led by the houses of vampires who, with the help of their thugs, do dirty deeds.

UNIVERSE MAYHEM
Hand-drawn backgrounds and comic-style frame-by-frame animations are paired with a powerful soundtrack to deliver an adrenaline rush from the touch of a controller. Make decisions that determine the further development of the plot, and reach one of three endings in the universe of Mayhem Brawler, where you can hear a new story at every corner.