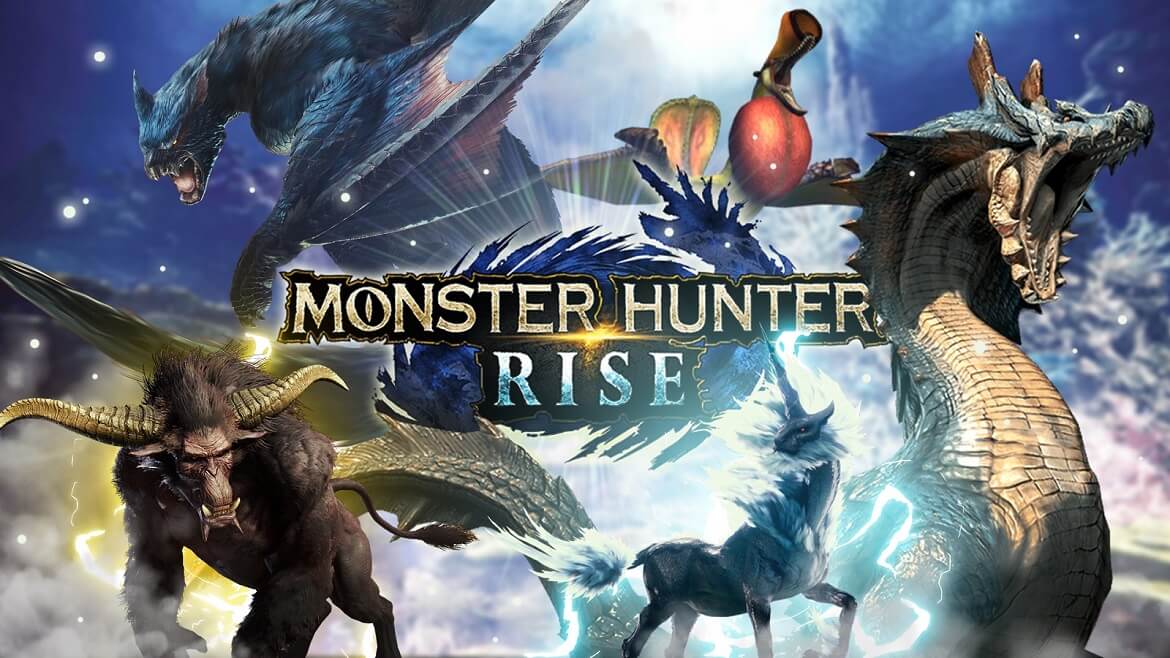 Go hunting anytime, anywhere in the epic RPG MONSTER HUNTER RISE! Move freely through picturesque surroundings that resemble the landscapes of ancient Japan, fight ferocious monsters alone or with a team of friends, and create formidable weapons and durable armor from the trophies you get.

The appearance of a terrifying ancient giant heralds an impending catastrophe that will plunge the village of Kamura into chaos. The elder and the locals will help you improve your hunting skills, and then together you will try to save a peaceful settlement from the invasion of monsters.

MONSTER HUNTER RISE lets you explore your surroundings and track your prey in a new way. The rods will allow players to move through the air and even control monsters. And new companions, for example Palamuts, will provide invaluable assistance on the hunt.