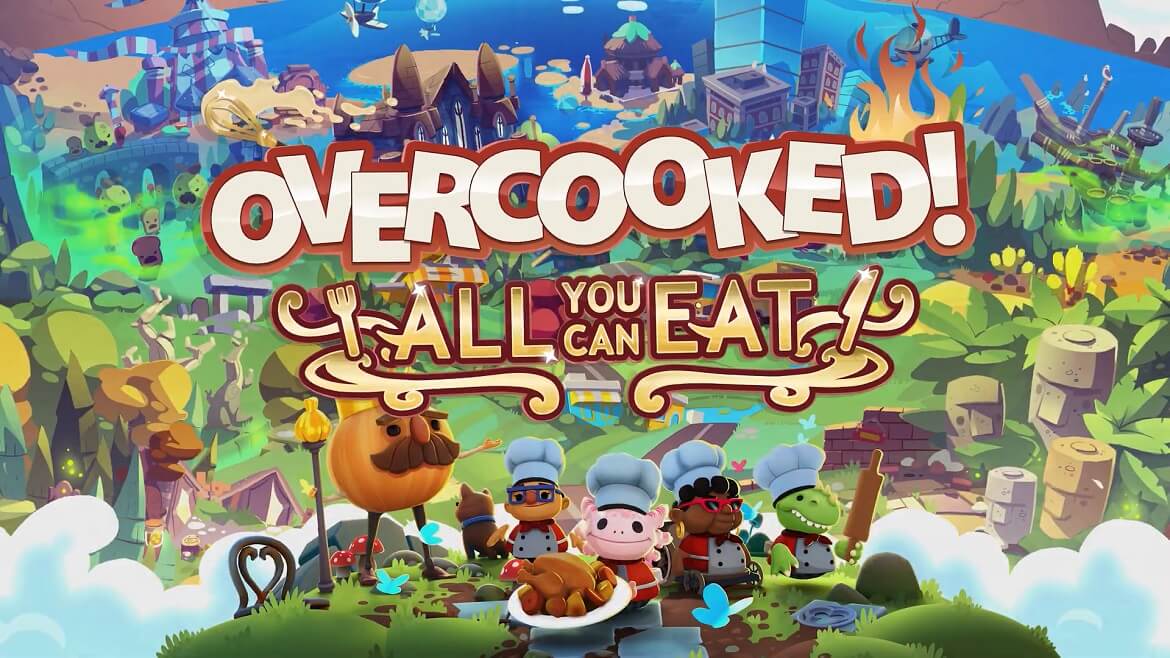 Overcooked all you can eat - a game project developed in a mixture of the genres of simulator and comic strategy, which is a kind of publication that combines all the series and additions to them. We once again plunge into the dangerous, but at the same time, fascinating world of food, where, in the role of a brave and professional cook, we will try to cope with challenges and successfully complete a series of missions. As you already know, the game supports a cooperative mode for two players, which will allow you to have a great time with a friend. Events again send us to the vastness of the onion kingdom, which is again in danger and only we are able to prevent a catastrophe. The gameplay consists of several levels, the complexity of which tends to increase gradually, so you need to pay special attention to the development of skills and the acquisition of professional experience. A feature of the publication is the presence of a multiplayer mode, which will allow you to compete with players around the world. It is also worth noting the changes in the graphic plan, where we will plunge into the most vivid, detailed and spectacular atmosphere.

The language is changed in the file "Overcooked All You Can Eat_Data / Plugins / x86_64 / steam_emu.ini"