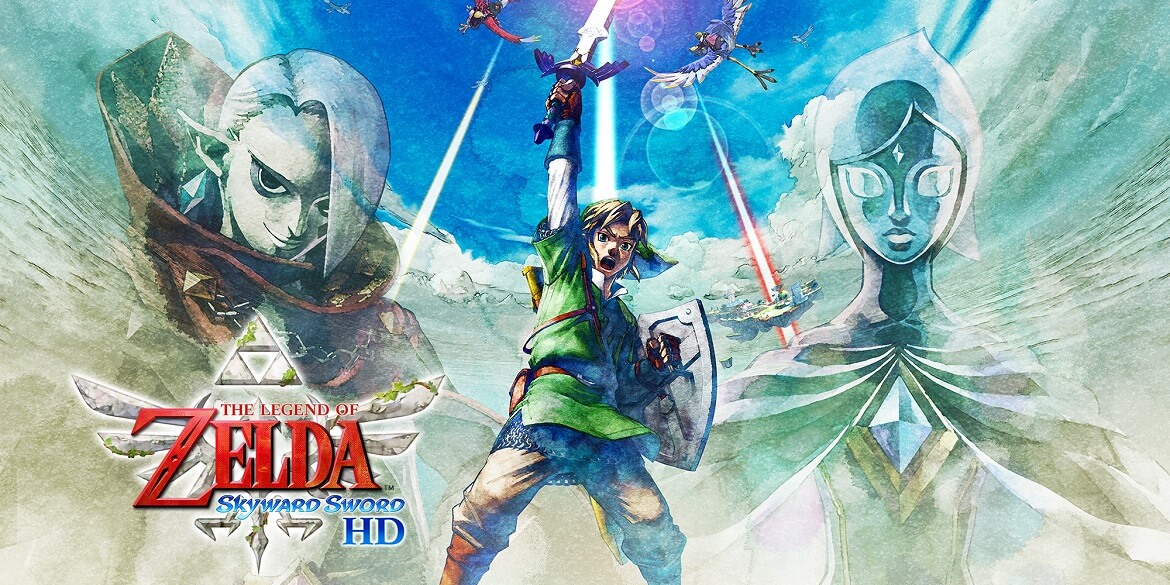 Soar high into the sky and learn the story behind the appearance of the High Sword in The Legend of Zelda: Skyward Sword HD. Optimized for Nintendo Switch, this classic adventure game now features smoother motion controls and added button-only controls.

This is the earliest episode in the history of The Legend of Zelda games. In search of his childhood friend - Zelda - the young knight sets off on a journey across the endless heavenly expanses and the land glorified in myths. The fates of friends take a sharp turn when a mysterious demon lord finds a way to resurrect an ancient evil ...

Ride your trusty Skywing and travel to the islands looming on the horizon. From time to time, descend into the legendary land to see firsthand forests, deserts, volcanoes and much more. Make new allies, uncover ancient secrets, and fight hordes of monsters to thwart Girahim's cunning plan!

In the lands under the clouds, huge dungeons are hidden, filled to overflowing with enemies, treasures and puzzles. Only the most courageous heroes can do them! Defeat the guard at the exit of each dungeon, and you are one step closer to saving the world.

As you explore the vastness of Sky Land, you will find many useful weapons, gadgets, and auxiliary items. If you have the necessary materials, you can improve some items and unleash their full potential.