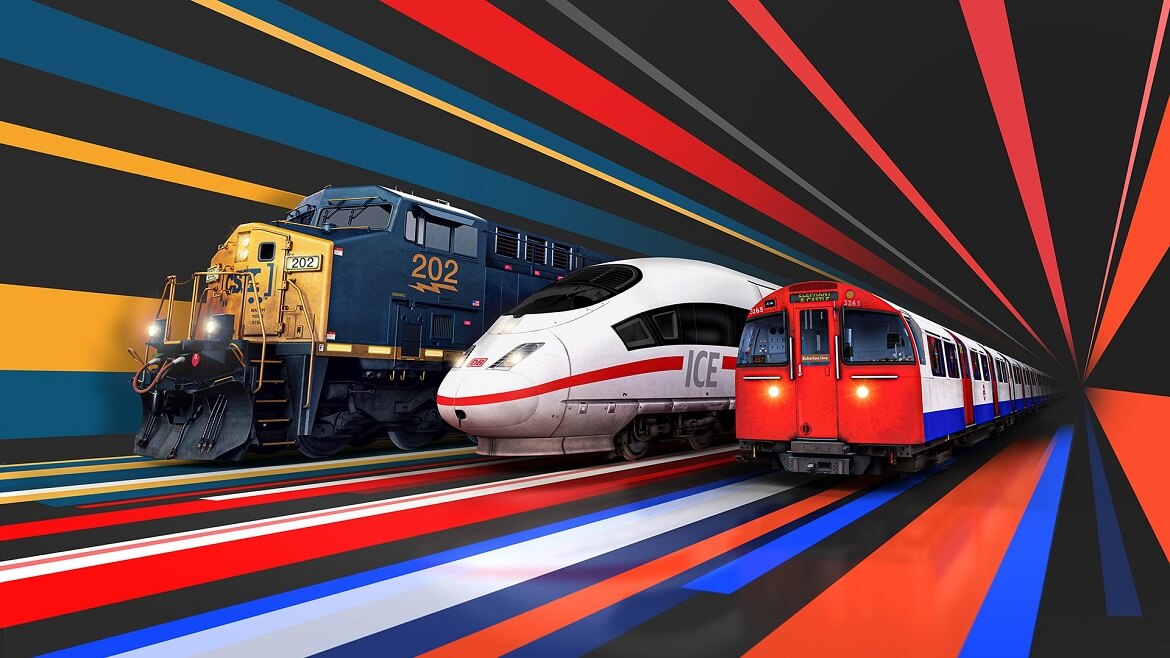 Evolution in the world of railroad simulators! Drive legendary high-speed and commuter trains, transport heavy loads, or get creative with the editing tools featured in this updated sequel to the series. Take the driver's seat in the new Train Sim World 2.

Accurately recreated trains and routes
For the first time in the series! Drive the famous German high-speed trains of the DB ICE 3M series in the Cologne area.
Try your hand at hauling long-haul freight trains on the Sand Patch Grade mountain route, which includes the Cumberland Terminal marshalling yard and the powerful CSX AC4400CW diesel locomotives. Explore London's famous underground as you explore the stations and tunnels of the Bakerloo Line.
All trains are officially licensed and recreated with utmost precision - climb into the cockpit and take control.

Show your imagination
Re-color Train Sim World 2 locomotives to your liking with the exclusive new Paint Editor - Create your own paint schemes with an easy-to-use tool that lets you bring the simplest to the most complex ideas to the world of Train Sim World 2.
Customize the game for yourself with the Scenario Planner - Create your own travel plans. Choose a locomotive and destination, take the driver's seat and hit the road. Quick Play Scenarios - Drive Where You Want!

Immerse yourself in the process
Get clearer guidance and information on track grade and speed limit with new interface elements, as well as clear indications of locomotive safety systems, brake status, traction and acceleration indicators. The new controller layout offers a wide range of camera and train modes, making it easy to access any car of the train using the look and feel, while simulations and train physics calculations continue to work.